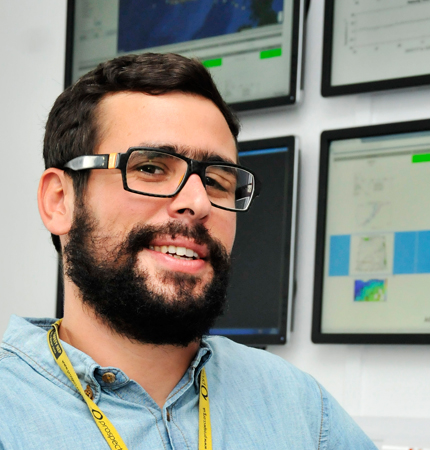 After working 10 years as a research data scientist where I developed methods to turn raw climate data into meaningful scientific information, I moved to software engineering and full-stack development. I love working with Python, data, algorithms, and Web technologies. In addition to programming, I am also skilled in problem-solving, data analysis and statistics.

A lit bit more about me

I have always been interested in using new technologies to solve interesting data problems. After a short postdoctoral experience at the Laboratoire d’Océanographie et du Climat in Paris, I move to Scotland where I worked at the Scottish Association for Marine Sciences (Oban, UK) as a research scientist for 4 years. Then I moved to England, at the National Oceanography Centre (Southampton, UK). In my research, I developed and led the data processing associated with several ocean observation programmes, such as an array of underwater buoys or repeated hydrological surveys with underwater robots. In addition, I also developed new physical and statistical methods on these data to quantify the strength of the North Atlantic Current (the eastward extension of the Gulf Stream) in order to understand its impacts on the European and Arctic climate.